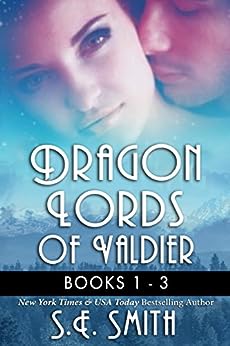 The beginning of an epic saga! Discover new worlds, clashes of cultures, schemes of power, revenge, rescues, and above all, hope….

Abby Tanner was content to live on her mountain creating works of art and enjoying the peace and quiet until a golden space ship crash lands with the King of the Valdier inside, desperately hurt.

Zoran Reykill knew he had to find a safe place to heal after he escapes from a Curizan military post. When his symbiosis Mothership takes him to an unknown planet he finds more than he expects – he finds his true mate. The only problems are Abby doesn’t understand a thing he says and the local sheriff wants her, too.

Cara Truman is a pint-size pistol whose inquisitive nature has gotten her into trouble on more than one occasion, but this adventure took her farther than she ever expected – on a journey out of this world!

Trelon Reykill thought he had his hands full. A militant group of Curizans had captured his brother Zoran, and he was busy trying to fortify the Valdier defenses against the Sarafin Warriors, even as his dragon was roaring for him to find a mate. He was furious about the first, excited about the second, and pissed about the last. The last thing he expected to find on the primitive planet his brother has taken refuge on was his true mate.

Now, he has a whole new set of problems… capturing Cara long enough to make her his. His symbiot loves her, his dragon wants her, and he can’t catch her. On top of all that, someone is trying to kill her.

Kelan Reykill is the fourth son in the royal line of Valdier. Commander of the V’ager, one of the largest Valdier warships, he prides himself on his strict self-discipline and competency – that is, until he meets a stubborn human female from the primitive planet his brother sought refuge on. Despite how frustrating she is, finding the one person he has searched for all his life is an indescribable feeling. He recognizes her immediately – his true mate. He would track her to the ends of the universe if that’s what it took, but here she is, in the last place he’d have thought to look – bringing an unimaginable amount of chaos with her!

Trisha has to admit, the giant dragon-shifting alien named Kelan is distractingly sexy, but the fact is that somehow, someway, she’s getting back to Earth. Dragons be damned.

Internationally acclaimed S.E. Smith presents a new action-packed story full of romance and adventure. Brimming with her signature humor, vivid landscapes, and beloved characters, this book is sure to be another fan favorite!

Call of the Wild

The Passage: A Novel (Book One of The Passage Trilogy)

How to Self-publish and Market a Children’s Book (Second Edition): Self-publishing in print, eBooks and audiobooks, children’s book marketing, translation and foreign rights

Affiliate marketing is the process of earning a commission by promoting the products of another person or company. The affiliate simply finds a product they like, promotes it, and earns a portion of the profit from each sale they make.
Contact us: promin109@gmail.com
© Newspaper WordPress Theme by TagDiv
MORE STORIES